A Haunting at the Hoyt Library (The 6th Film) 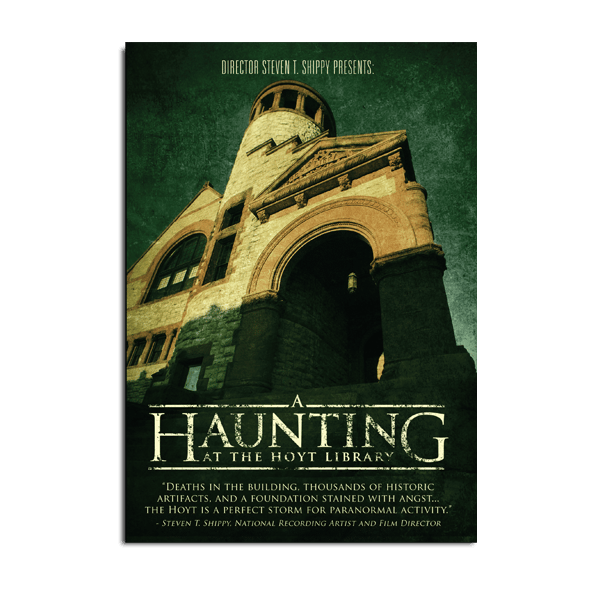 Synopsis/Description:
For years, the Hoyt Library has made headlines as one of the most haunted locations in the entire Midwest. Finally, a documentary film crew was allowed complete access to investigate the numerous claims of paranormal activity. What they captured on audio and video will leave no room for doubt.

Rooted in the heart of downtown Saginaw, the historic Hoyt Library has guarded its citizens' history and lineage for over 125 years. A literal gateway to the past, this stately and opulent landmark houses one of Michigan's largest collections of literature, artifacts, and documents... but according to patrons and staff, it also houses a collection of lost and restless souls.

Follow the investigators as they wander through a 40,000 square foot maze of fear and uncertainty, unaware of what awaits around the corner.

• Research indicates several deaths have occurred within the library during the last century.
• The Hoyt was built atop the grounds of the original Saginaw jail, known for its violent and ruthless inmates, often overcrowded during the lawless lumber era.
• An apparition of a man in uniform is said to roam the halls where artifacts from the Civil War are held.
• The spirit of a young child is said to haunt the west wing of the library. The staff reports several encounters with the shadowy visitant.