A Haunting on Dice Road: The Hell House (The 7th Film) 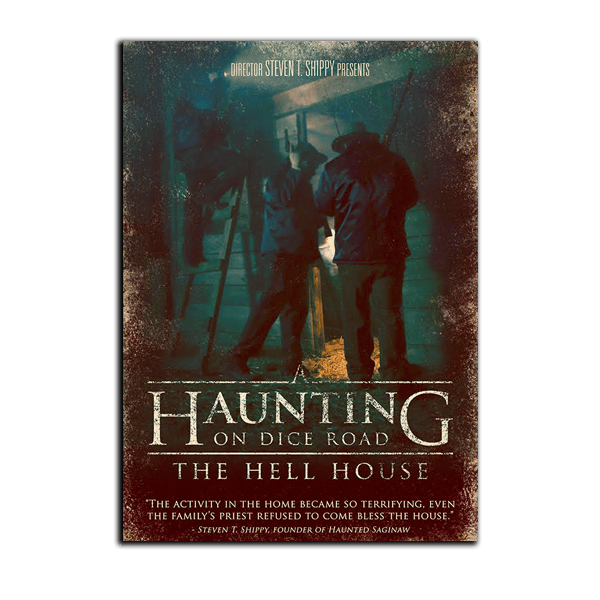 Shrouded in mystery and folklore, the bizarre and frightening tales of Saginaw County’s most infamous urban legend, Dice Road, have been passed down from generation to generation.

For decades, thrill seekers have dared to venture onto its grounds as a rite of passage, their encounters only adding to the mythology.

However popular, Dice Road’s most prolific and profound story has remained untold, until now.

Witness the journey unfold as investigators reopen the most documented paranormal case in U.S. history, in an attempt to solve a mystery spanning four decades.

An entire year of investigation, multiple law enforcement agencies, hundreds of police reports, months of undercover surveillance, thousands of man hours, numerous polygraphs, a string of mysterious fires, a series of unexplained explosions, life threatening injuries, and one family’s worst fears realized.
• Despite the efforts of multiple law enforcement agencies, the case has remained unsolved to this day.
• For the first time in history, a state Fire Marshall determined the cause of a fire to be “humanly impossible.”
• A major university was brought in to document the supernatural phenomenon occurring in the home.
• Although parapsychologists deemed it “poltergeist activity”, the community believed it to be something far more sinister.